Ever since I’ve started running I haven’t joined a club, I’ve run it all on my own. 350 events including parkruns, I’ve rocked up at events gone to get my number, warmed up and raced; then gone home. To begin with, hardly spoke to a soul. In the past two years though mainly down to Bryan I’ve started speaking to people, getting to know about their running, goals and achievements. Sharing stories of events, successes and failures.

With every chat comes a question. Why don’t you join a club? Or join our club. With a sales pitch of why I should join their club.

I enjoy talking to people and lately I’ve enjoyed sharing my training runs with Mark Yates, Scott Hinchcliffe, Lee Nash, Bryan Harrod, Damien Briscoe and Adrian Gough. Going out for a long run and chatting it away; pulling each other through stages or putting up our bodies as a defence to dogs. The boundary headtorches have been ace and I’ve enjoyed organising a group of us to get together and run them.

In the past few weeks I’ve spoke to Damien about joining Calder Valley Fell Runners. In truth I was tempted. The thought of being part of the same club as some top quality Fell Runners such as Ben Mounsey, Gavin Mulholland and Karl Grey. But it was way too far for me to travel, to actually train with them. Defeating the object; they’d just be names on a piece of paper to me.

Last year, seeing the road leagues take place, x country season, the relay events and the obvious boundary relay; these club invite only events. Extra opportunities to race and run. A next step to take my running somewhere else. Tempted me as well. The idea of running against the best of the pick.

So with that idea and CVFR out of the question. I poised it to myself; which club? 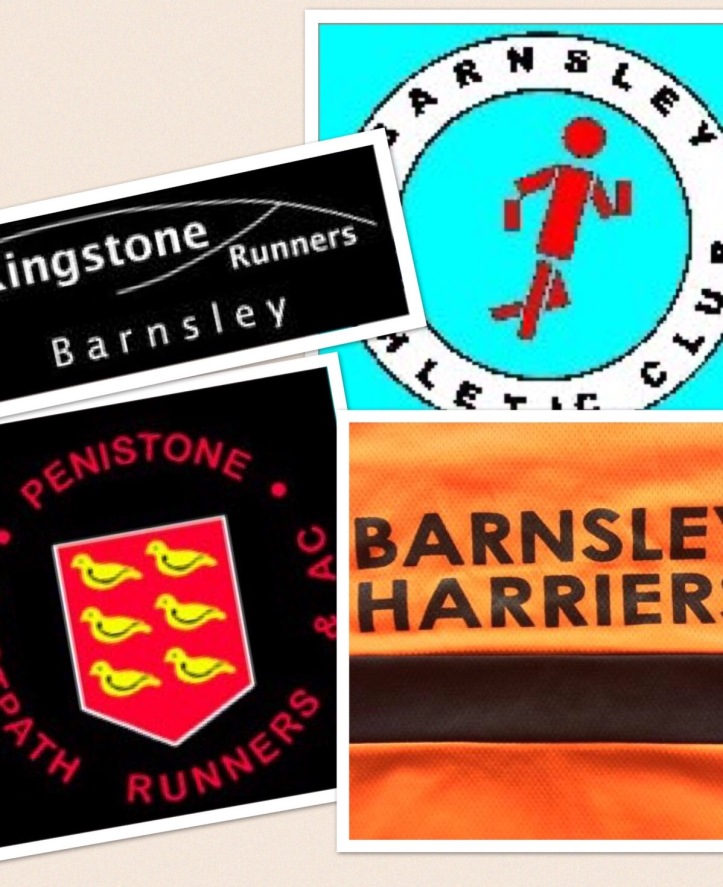 4 in the area to choose from; The Barnsley AC, Kingstone Runners, Barnsley Harriers and Penistone Footpath Runners. Each club has people I know involved, each club has their own very strong reputations and each club is passionate about running. Whether I chose any of the 4, I know it would enable me to progress.

It then became a process of narrowing down my possibilities; as much as I would love to run for either of the 4. At the minute I don’t run with anyone from the AC. Although I get on with plenty of them; chatting between racing. Another bonus is that they run in blue and have all that history and heritage behind them. From the Barnsley 6 to the Marathon.

Then onto the next club Kingstone Runners, in truth I don’t like running in black. I feel too warm in it, even though it would be a vest. I run at the minute with Mark Yates from Kingstone and obviously have spoken to him before about the club. But none the less, on my doorstep if I was to ever attend a club run.

The next club, the Barnsley Harriers, a strong club, run in Orange though; another despised colour, up there with the neon yellow and green shirts handed out at races. A load of runners in the club, on my doorstep, half a mile away. The closest club around for me. Plenty of fast lads and lasses and well organised with the club leagues and challenges going on, winter training that gets a massive attendance. I run with Bryan and Adrian now and then. Speak to them regular, along with Simon Haywood. It would really be a great club to join.

Lastly the furthest possible club away from me, well kind of. Penistone Footpath Runners. Another strong outfit, run in a white, black and red, a little bit better. A load of tough competition in the club, Shaun Dimelow and Scott Hinchcliffe; I speak to them regular. I run with Scott regular as well. I’m involved in Penistone’s best kept secret the Lampost 11, a running group set up by the founding fathers being Martin Ball and Andrew Heppenstall, along with Simon Pike and Gary Briscoe (unattached). As far as I’m aware. They also have a strong Fell running scene, they’re in the area for it, something that does interest me.

Club runs at any club would be a push in my current job, most days I can’t commit myself to when I can run, I just try and fit it in. But with any new venture, I wanted to try something new and that would be team running; something to put an extra reason and competitive spin onto it. Coming from a team games background it is my bread and butter. Well not bread, can’t eat that, believe I have a yeast intolerance. Different story. But that team nature was something else to think about.

With all this in mind and thoughts running through my head, quite literally; along with that desire to improve, whatever that may entail. I came to some conclusion around this time last week and slept on it. Saturday came around slept on it some more. And had a conversation with Shaun after Parkrun on Saturday. Concluding in him dropping off a Penistone Footpath Runners form at my house. On Sunday, I dropped it off into his hands. Sunday night my EA number came through and I am officially a member of: 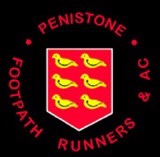 Kit will be sorted. But you’ll probably still find me in blue now and again! It is my favourite colour after all. So we shall see what the next year or so brings. I am looking forward to it. Although, I’ll always be a bit of a lone wolf at heart.

It’s back baby! 💥🎉
13.1 miles for a Friday!
Enjoyed the weekend as ever with @n4omiid
Post run thoughts! The miles are creeping back up, speed will return above and beyond what I was capable of.
Walkington 10k on Friday night…
Couldn’t decide how to pose for the photo… personally think I solved it?
Massive epic quote about being a leader of the pack and not a sheep… something like don’t follow the pack, stand out, you know, be the lone wolf… and people will follow you, the usual scribble!
Counting down the days to parkrun’s return, we’re nearly there, just hold on!
Can I call it a throwback already? Some more snaps from Rother Valley relays last week!