10k, some people would prefer this distance. Some people would prefer 5k. Me on the other hand, maybe not. Give me a Marathon any day. I love the slog and the hours, the long game. The drive and kick, the pain and misery. The aches, the hard work that I can put into it over months of training. For an all out blast when race day comes around. I don’t have that drive for a 10k, neither do I have it for a 5k. But ultimately to get better at the longer stuff, you have to get better at all the little stuff in between. Given my marathon times, a 10k predictor would have me somewhere around the 32 minute mark, at least. My current 10k PB sits at 33:36 from Burringham a month ago now. But with little company on the course, other than the lead cyclist, I was sure I could go faster than that. Maybe even on tired legs! My previous 10k PB prior to that being from the Derwent Dash, where the circumstances were relatively the same. 33:46, again with little company, only the lead car! So the Abbey Dash, the week after The Snowdonia Marathon. Will I have recovered enough, probably not. But I might as well try, I’ve the Percy Pud and Barnsley 10k coming up. So it’ll set a good target regardless for them two races. The Dash however is one of the fastest races in the country, attracting one of the fastest fields in the country. It’s just a shame it’s a shambles of a start, more about that later, I’m sure of it.

The week in the build up, has been steady, I felt relatively ok after The Snowdonia effort, enjoying bits of North Wales, even if it was a bit ‘windy’ with Ellie before getting back to the working life.

The miles in the early part of the week was a bit of a tow, but speedwork on Wednesday night got me back into some sort of gear, however not the top. Still believing I haven’t actually found my top gear yet! Especially not where speed is involved. Maybe I will, one day. The running then became a little easier and got going. I struggled a little around Parkrun on Saturday. So glad that Scott is back to some sort of fitness though, gives me a great target to run around with him as well at the park. I just need a fresh pair of legs now. After the Parkrun on Saturday I was no where near confident enough going into the Dash on Sunday. Still having Snowdonia hills in my legs, the hills were such a struggle! Although the Dash is classed as ‘flat,’ it does have some cheeky little rises thrown in. Just to remind you, you’re in Yorkshire, you know? That’s where I’d think I’d struggle today, to switch it up and run at pace. Whatever it is that is top end speed at the minute.

Back down hill now, chance to see everyone else out on the dash. Passing many different vests from Barnsley, many faces I know. Arriving to shouts of Barnsley, Penistone, Gareth, Gaz, Just Keep Running. Trying to shout back if I saw them in advance. Picking my battles with the people around me on the busy course. Head up, driving the best I could in my marathon body back to the city centre. Using the actual downhill to help me in doing so. The pace on my watch was dropping. Still around the 1:20, 400 meter mark but sometimes clocking a 1:21 or 22. I wasn’t focussed on it, that might have been my issue. Afterwards I’ve looked at them all and noticed I’ve plenty of 1:17/18/19’s in and around them all as well. I ain’t one to constantly be looking for feedback from the technology on my wrist though. Keep on going now, 6k marker down and then the 7k marker. Around 10 minutes of pain left to endure, spotting the buildings in the city centre, they’re getting closer and closer, larger and larger. Nearly home and dry. The climb alongside the A58 up to the Headrow the only challenge left and the marathon grind was still there. I was pushing forwards, my legs trying their absolute best to slow me down, my heart telling them differently. 9k marker down. 1000 to go. The kick started, everyone around me doing the same. Dragging their bodies along. My slowest 400 followed a 1:26 alongside the A58. Hoping I’d enough in the tank to get to the line. A 1:18 when I looked afterwards. Is that my version of a sprint finish? That was it, I’d done it. I had dashed the Abbey Dash in:

A time that would win most local or smaller 10k’s, got me 151st at the Abbey Dash in a field advertised as more than 10,000! A superfast field. One of the fastest 10k’s in the road racing calendar. 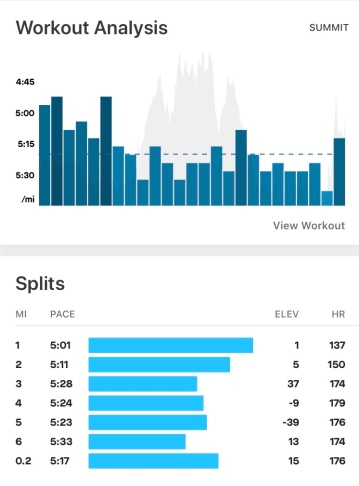 Give me a marathon any day, but like I said earlier, you’ve got to do all the stuff in between for you to get better at the marathon.

Hull Parkrun in 16.21…
Trying to teach my body how to fly!
Somewhere in the wild with @n4omiid
Another throwback to the long weekend in London with @n4omiid
The races have been coming thick and fast as I raced myself fit at The Beverley 10k at the weekend…
Was meant to be flying to Berlin today… I guess that will have to wait until 2022!
First run out for ‘The Artist’ tonight from @atreyurunning
Cracking long weekend in the lakes with @n4omiid and Bessie dog!
Might be wearing a @getabearhug support and I better keep my feet on the ground but my first pain free day in what feels like forever! ❤️