I don’t have many of these, that I can remember, they were either that shockingly bad, that I’ve subconsciously chosen to forget them or I just don’t have many! My last notable one was Clowne Half Marathon, that I can remember, needing the toilet and stomach ache all the way round. Meltham 10k anyway, it had the making of a good 10k; my preferred kind of course, localish and plenty of friendly and familiar faces around. I ran well yesterday at Parkrun 17:18, a new PB. I had PB’ed last week at Inskip. I’m loving running at the minute, I’m loving the actual racing and then the training that comes with it! But this morning, offered something completely different. I had arranged with Bryan for him to pick me up from home, as well as Simon Haywood and we were travelling through in one car. Parking is horrendous as it is at Meltham so we were softening the blow for the organisers. Roads were icey on the way; not freezingly cold that I could feel, but icey roads were obvious! We arrived in plenty of time, off to collect our numbers, seeing people skating around like Bambi in the car park and on the side streets. Not fast weather this. Seeing Mark Yates in the clubhouse, Damien Briscoe on his way out and Lee Nash in the toilets; but I’ll leave him there! Familiar faces, all lads that I know really quite well. Back to the car, number on t shirt; opted to wear a long sleeve thermal, it came off after my warm up. Too hot! Anyway I was planning on running 18.5/19 mile back home when I had finished, so warm up was only a short 1 mile. Damien toying with the idea of wearing trail shoes. We trotted out for the first half a mile of the 10k and back, icey and slippy. At this point I made a mental note to take the path until we broke out onto the ‘country roads’ I would much prefer to be able to run tomorrow. Coming back in to the car park, across the cricket pitch and in between the parked cars. I did a ‘Damien’ slipped and fell, straight on my arse! Getting up dusting myself down and frustratingly walked back to Bryan’s car. Glute felt a little bruised and not at all pleasant. This reinforced my thinking and I made the personal decision to not ‘race’ the run. I will still run it, but not race it. Walked back down to the start, letting Lee Nash know my thinking.

Now on the start line with Joe Powell and Shaun Dimelow next to me. 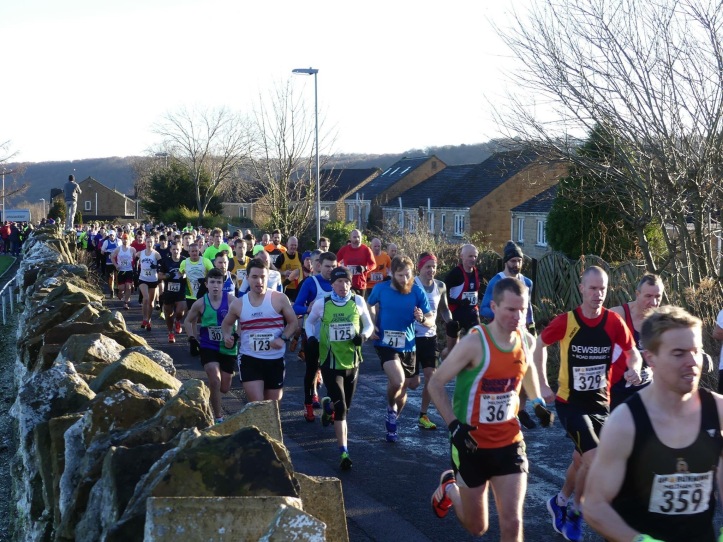 We were underway, me quickly settling in and not making a mad dash to get out in front, rather unlike my usual self. I moved myself over to the path, I’m glad I did as there were a few falls and a few complaints; but I had grip on the path, it might have been the long way round and blocked by an horse at one point but I felt grip. Out we went and opened out onto the country roads. Climbing now, it doesn’t really have a downhill until mile 5, were you’ll find everything you’ve just gone up, comes down in one vertical mile descent. I wasn’t pushing, effort levels and confidence under foot at an ultimate low. 6:13 clocked for my first mile, still climbing a few runners in front of me and I couldn’t hear of anyone behind.

I’m currently trying to break some new shoes in. The same as I have always had, Adios Boost, but these feel at the minute like they are squashing my toes! Especially on the downhills. I’ve run everyday in them this week, 170 mile and it has still got no better! Parkrun yesterday  they felt fine; but afterwards on the little long ‘and some’ they throbbed! Focus completely away from racing today and my toes were being squashed, glute throbbing from my slip and slide and I just wasn’t racing. ﻿

Still on the climb, 6:24 for my next mile. Settled in the position I would eventually finish. Just running through the motions, legs feeling fine, heart rate at an ultimate low. I averaged 136BPM for the full race! Still drop in descent just before you reach the 5k mark; clocking a 6 minute mile. Back onto the climb, left the drink station alone for today.

I’d have much preferred weather like this from previous years, over today’s icey conditions. At least you can build some speed and confidence in the rain! I clocked a 19:15 first 5k. Somewhat off of ‘race’ pace. Two ups and downs came in the window between mile 3-4 and 4-5. Clocked an uninterested 6:40 and 6:30. Head raised focussing more on my surroundings rather than actually running. More ice was evident around 4-5 mile, watching the ballerina arms come out in front. I began to then take it even easier, across the bridge which is previous years I’ve seen flooded as the river flowing underneath has burst it’s banks. Ice warnings today. Onto the descent, in nice conditions my target here would’ve been sub 5 minute mile. The sun was shining onto the descent. Which made all the pleasantries of melted ice! I still wasn’t confident, and lack of it tarnishing my race. I was planning my falling style in my head. 5:19 clocked for the mile and a 360ft descent! Bare in mind the first two miles had 270ft of climb. A little climb to finish, ice still remained; hesitantly I crossed the line.

Something to take from this run, is I was quicker than last year. Clocking 39:24 last year. Heart rate was also extremely effortless averaging 136 and maxing out at 147. Splits, yearly progress and elevation also found below. 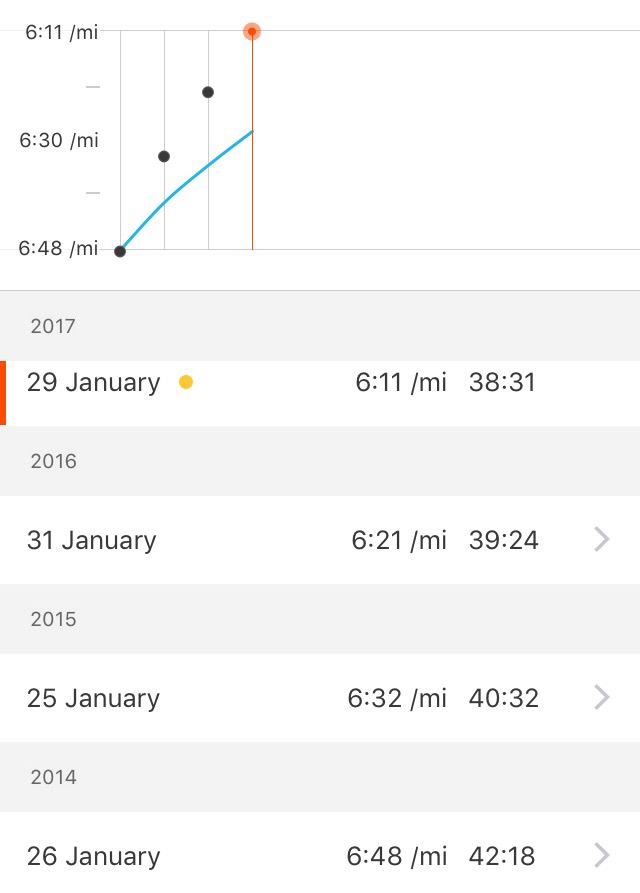 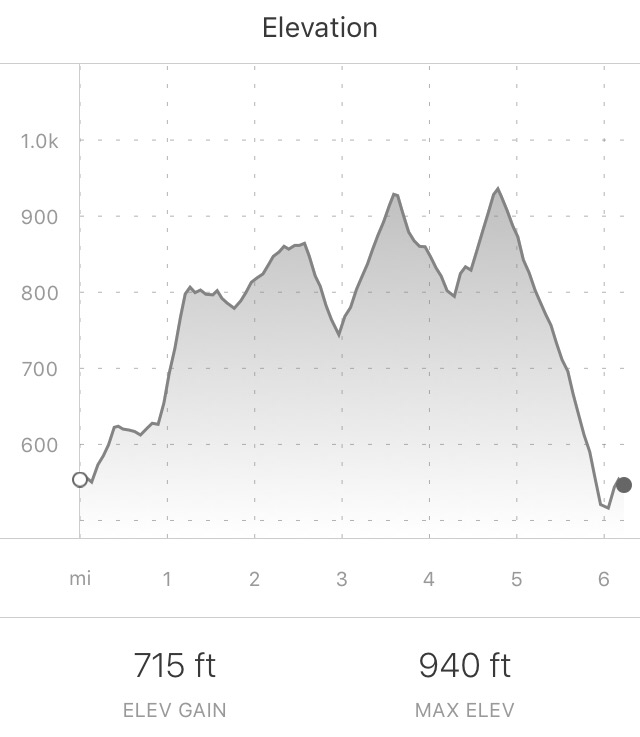 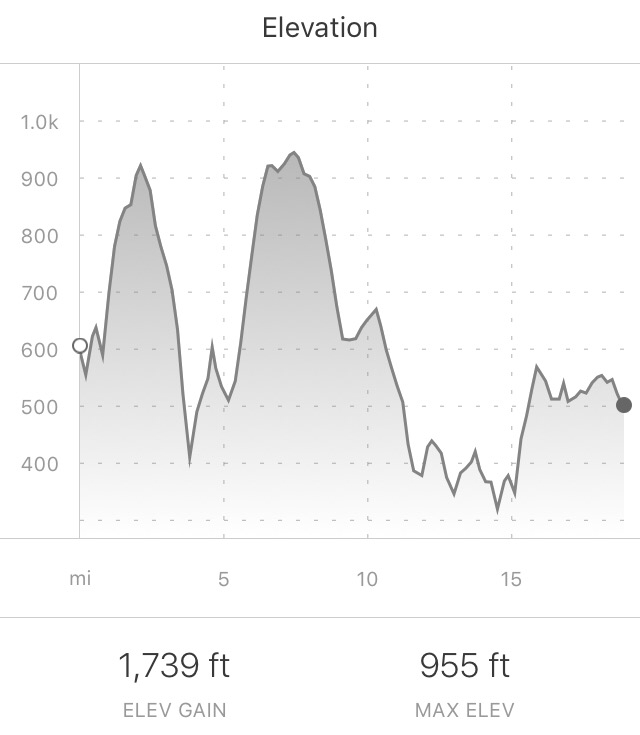 Clocking Marathon miles for the mornings work. With a now bruised glute with slight swelling. Taking my weekly mileage total to 171 miles. I am due to ‘cut back’ week soon; I usually take it at the end of the month. So this glute may be a blessing in disguise? But we’ll see how it is in the morning! 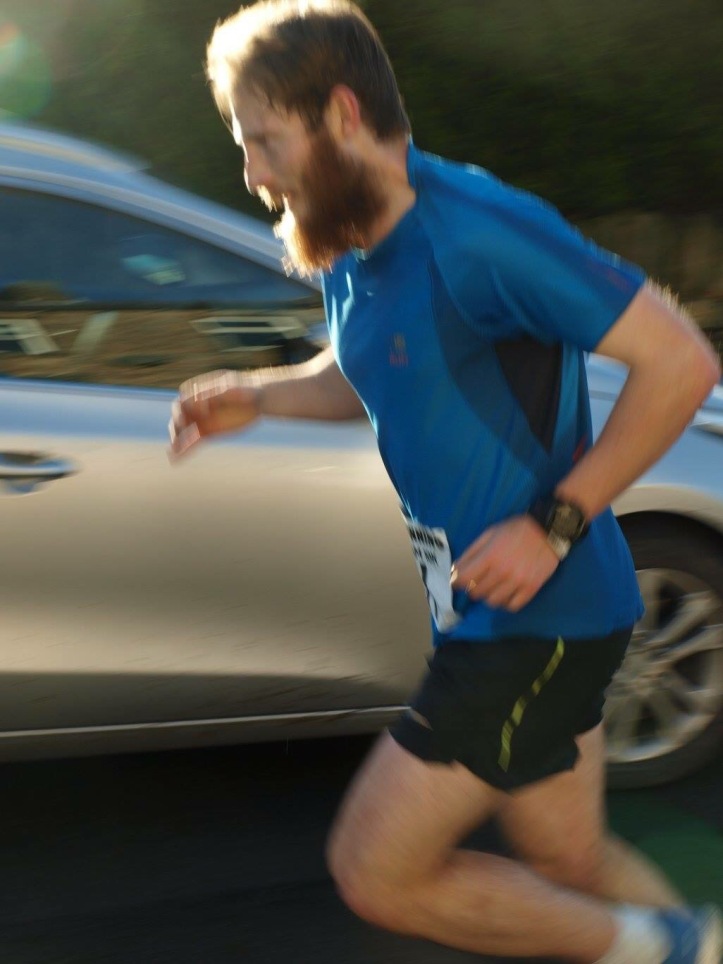 The Tom Holmes Oughtibridge Gala Chase last night…
The Annual Barnsley Boundary!
On top of the world tonight with little Besschoge..
Marathon week come down…
Edinburgh Marathon
Jogging somewhere different this morning Vogrie Parkrun with Naomi and Besschoge!
Proud to come from tarn!
Family photo after @n4omiid first open water swim this year, and another 10 mile banked on my odometer for the year!
I tell you what, so grateful for the ability to do a Sunday long run!