The Inskip Half Marathon and Running.

This is it, my first real road race in 2017. Also my first potential ‘target’ PB race since the Percy Pud at the beginning of December. I’ve been putting the miles in for the last few weeks; they may not all be fast miles but they are miles. And MILES MAKE CHAMPIONS! Reaching a new weekly mileage total of 170 last Sunday, this week was either going to ache, break or make. I PB’ed at Parkrun last week, despite reaching new heights. Now sitting with a PB of 17:24. Work has now picked up again for me and is looking something like a full time job again, which is always a bonus!

The week kicked off well, managing to get 31 miles in for Monday, then 30 miles in for Tuesday. Wednesday was to be my busiest day at work, 25 miles done for the day. But I had to reluctantly dodge hill reps, opting for a longer run in the evening instead; mainly due to time constraints in the morning. Just short of 26 miles was done on Thursday. So by the time Friday came around, you can imagine how my legs felt. Shot. I played football Thursday at work with the fit reds so that probably didn’t help. 15 steady miles done though for recovery Friday. I planned for an easy Parkrun on Saturday, scott told me when we went out running last Sunday that he would be missing. So i knew he wasn’t going to be in attendance to push me! Although Lloyd Isam did for 400 metres instead on my final lap, allowing me to kick up a gear and finish in 17:33. Just short of 17 mile done on Saturday. ﻿ 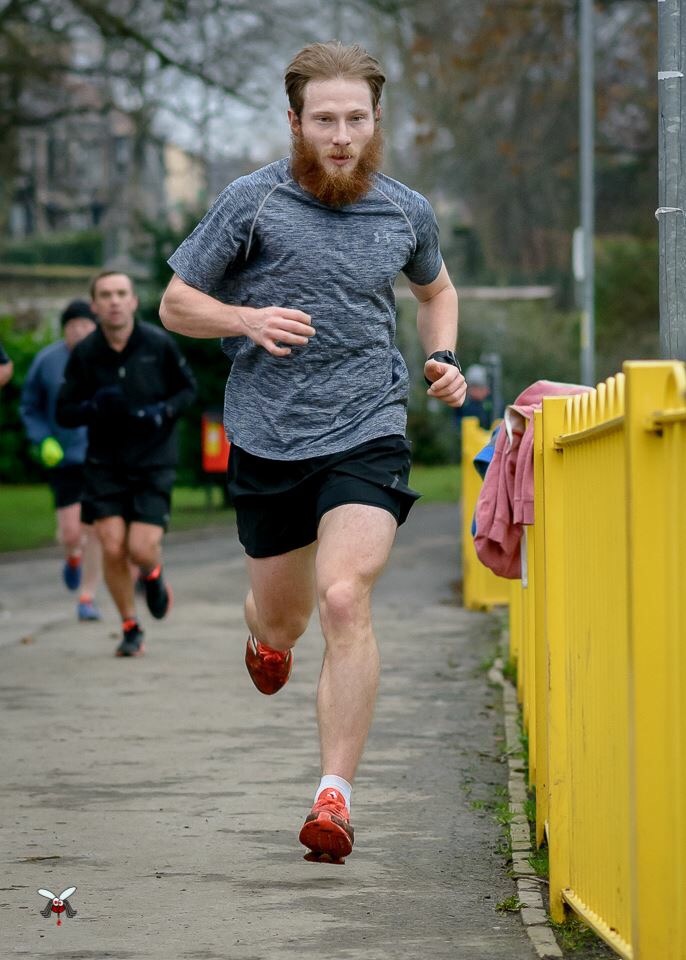 Well that’s been my week in build up, now onto race day! I planned on setting off at 7; didn’t make that more like 7:45. Steady drive through getting there for 9.30.

Zero traffic this early on a Sunday morning! My right knee had started giving me grief last night, feeling tight like it needed to click or crack. I could still feel it this morning, so was thinking of just doing a plod instead. Driving through it did stiffen up; but the Warm Up soon sorted that. Seeing a lot of familiar faces, a lot of fast lads. I knew it was going to be competitive, not chipped time either so potentially a cramped start. Speaking to Richard Hayes around the start, I would’ve been content for a 80 minute finish today. Mainly unsure about my knee. I didn’t tell him that, can’t let anyone know about a weakness and i don’t want my mind to even know about it. He was aiming for PB, beat 1:19, so if I was in and around near him, I’d be happy.

The start was cramped, I was right, a lot of the slower runners not wanting to loose valuable seconds on this PB course had rightly snuck to the front, finding myself with toes just on the startline but in actual fact on the fifth row! Off we went, soon breaking free. Conditions were perfect for this time of year; last year seeing the race cancelled and the year before being crunchingly icey! The course is pancake flat, so it’s only the weather that can interfere. I soon found myself out in a more sensible position and with some actual room to run. Plan here, run as fast as I can, for as long as I can. I’ve not raced an Half Marathon in months, despite all the miles and races I’ve done. My PB stands at 1:18:21, set at North Lincolnshire last May. I’ve been close but not close enough to beating it. Vale of York was my last real attempt, but I needed a pee all the way round and stopped with 3 mile to go for one. I still ran 1:19:43; but was in 1:17 shape I believe on the day.

The first split passed in 5:24 for the mile, I was going into this without any plan or idea of what I could actually run. But I knew that was a strong first mile. If I could run a sub 5:45 pace it would give me a good finish. Mile 2 passed with ease 5:40. I was now around two others, Franco Pardini and Stephen Weston. 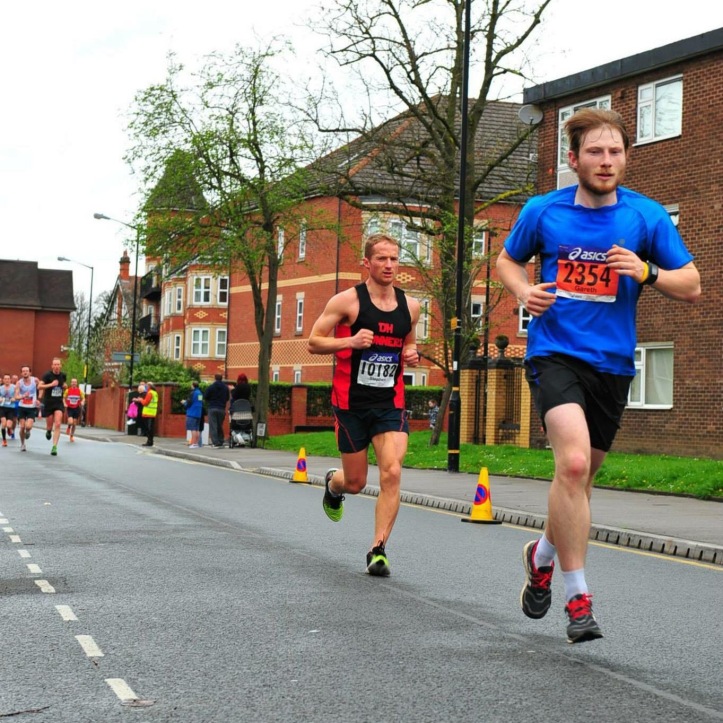 Stephen Weston being the lad behind me here at Manchester Marathon a few year ago. I’ve seen him knocking around at races, I know he’s quicker than me! A 2:40 marathon runner. Franco also being a 2:40 marathon runner, so I knew I was punching high enough in the field here. We tucked together after chatting for the first few miles. Bonus not to run the race alone. I said my aim was 1:16, but pace was way above that and at that point running 1:13/14 pace. I was in a good trio here. Settling into a steady rhythm, I hadn’t a clue about position as I started too far back on the startline at a guess 10th; but I was chasing time anyway! My knee at this point loosened by mile 6, first bottled water station down; can’t really go wrong with this race! You can glance back at the start area around 4/5/6 teasing you in the distance. Keeping the pylons in sight. 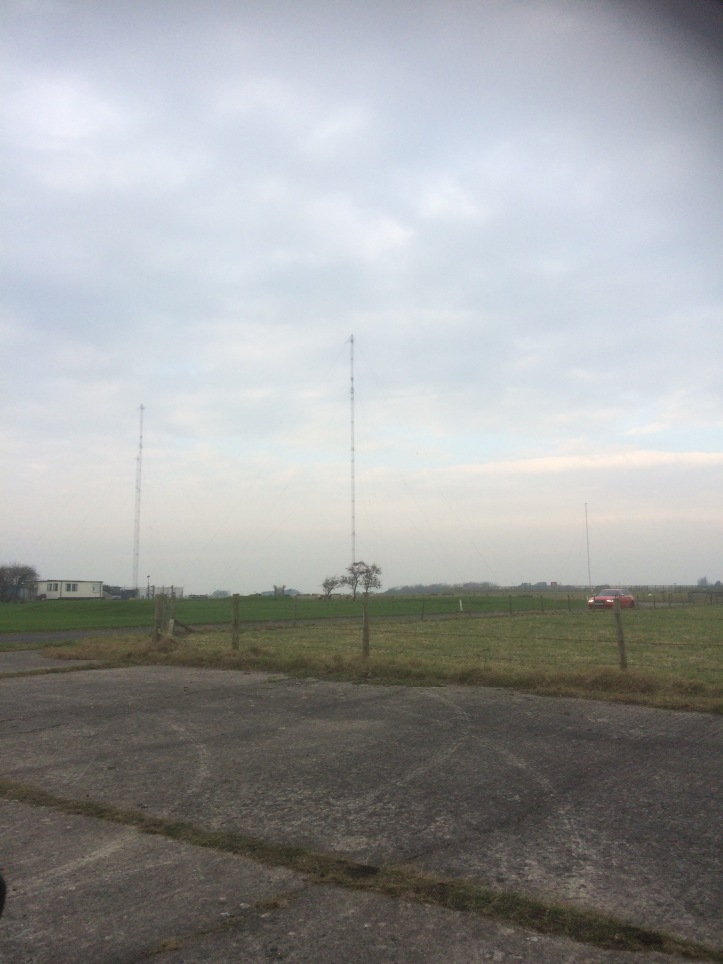 They are just huge! Giving you a real target to race towards. 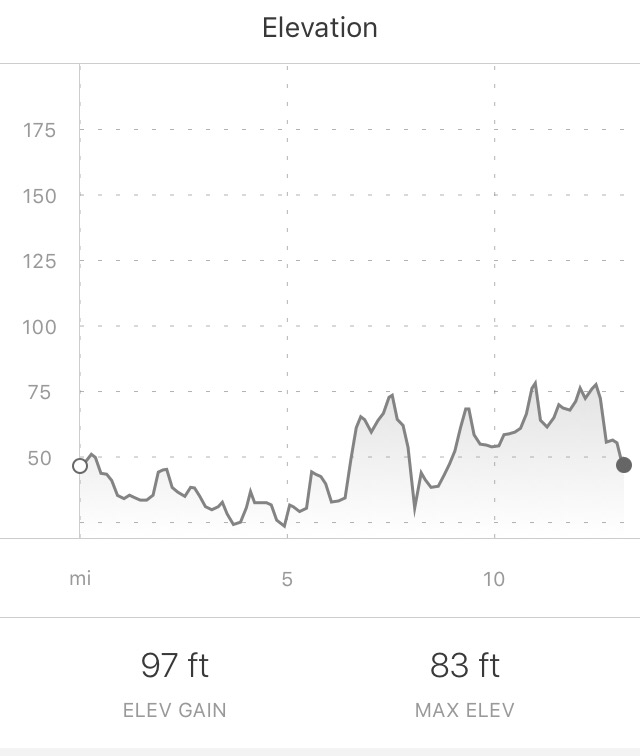 My pace however dropped after that, I was still in the group, without communicating anymore; but still taking it in turns to take point. We had passed a couple of runners as well who had set off, as like my ‘plan,’ too fast! We hit a fairly muddy slippy/ full of puddles road. This may have been another reason my pace dropped, as I did struggle to find a decent rhythm after here! But a quick calculation in my head I knew I could afford to drop to 6 minute miles at this point and still PB! So I was confident in myself. One Parkrun to go at mile 10, 17/18 minutes if I run well. Then that’s it. Wind now turned into a slight headwind, bitingly cold. Kicking on still in the group, mile 11 and 12 down. Pace picking up and that 1:39 half marathon runner at Sheffield Half in 2013; ran a 5:36 for the last mile. 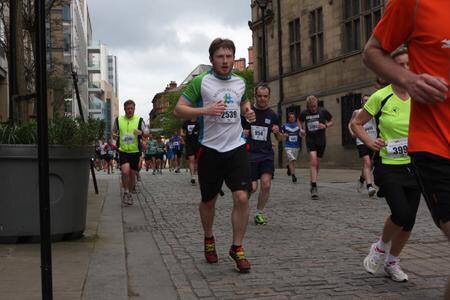 In the race I broke records for other racing distances, unofficially of course.

Bonkers that! Splits below. 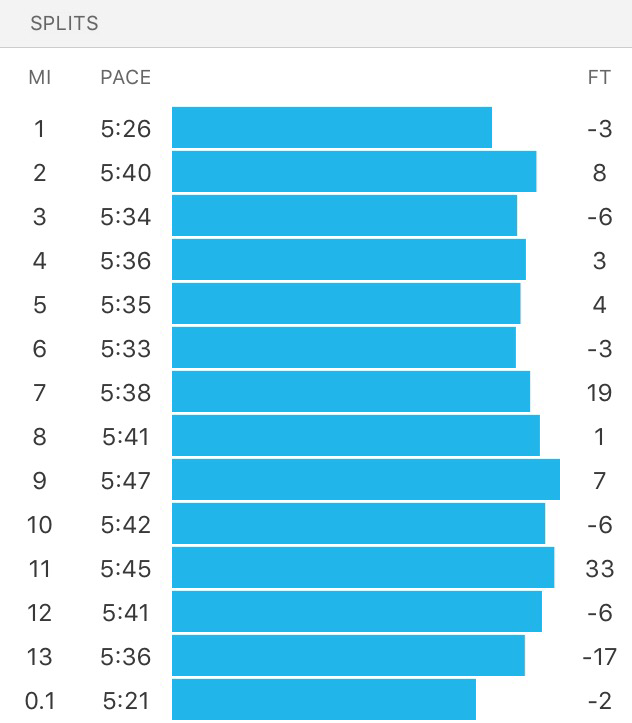 Position; not a clue, I’ll update it when I find out!

It’s scary to think about the pace you need to run to PB next time; now that I’ve done that of course! My knee loosened up later in the gym when I was working on my legs and it finally cracked!

Just Keep Running.
Ps. I went for a 12 mile cool down, in which there was absolutely no navigational errors…. taking my weekly mileage total to 176.2 miles for the week. A new record and 31 for Sunday.

Hull Parkrun in 16.21…
Trying to teach my body how to fly!
Somewhere in the wild with @n4omiid
Another throwback to the long weekend in London with @n4omiid
The races have been coming thick and fast as I raced myself fit at The Beverley 10k at the weekend…
Was meant to be flying to Berlin today… I guess that will have to wait until 2022!
First run out for ‘The Artist’ tonight from @atreyurunning
Cracking long weekend in the lakes with @n4omiid and Bessie dog!
Might be wearing a @getabearhug support and I better keep my feet on the ground but my first pain free day in what feels like forever! ❤️